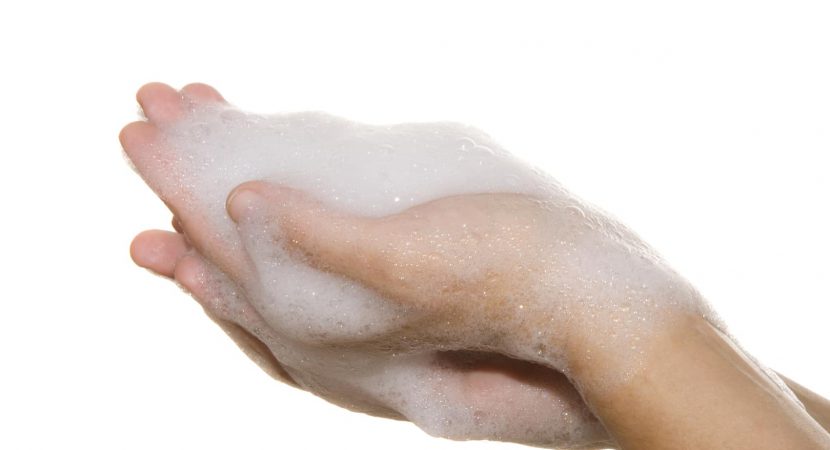 SLS (Sodium Lauryl Sulfate) is a constituent of washing cosmetics such as shampoos, soaps, shower gels and toothpastes. But what is this substance? What types of SLS are there? Is SLS safe for humans?

SLS is an abbreviated form of Sodium Lauryl Sulfate commonly known as Lauryl Sulfate Sodium. This chemical compound has being added to washing cosmetics for a few dozen years now. Not only can SLS be found in soaps, bath and shower gels, shampoos, toothpastes, shaving creams and hair dyes but also in washing-up and washing liquids, bleachers and products used to clean carpets with. Basically, SLS makes the products lather well, dissolves grease and oil along with other impurities, and helps to rinse cosmetics from skin. However, Sodium Lauryl Sulfate is rather infamous since it may cause skin and mucosa irritations, dehydrate and cause allergies and atopic dermatitis. Indeed, all of these adverse reactions might be triggered if SLS is in its pure form, dissolved in water, when in high concentration and when skin is exposed to its action for long. It’s worth realising that SLS is added to cosmetics that have to be rinsed, therefore only extremely sensitive skin might react adversely to this substance.

SLS has many names. Here are some of them:

When it comes to these ingredients:

their action is similar to SLS’s. In the case of super sensitive, allergy-prone and atopic skin, scalp ailments, seborrhea and excessive hair loss problem, you should find beauty products featuring the following ingredients:

Is SLS safe for humans?

Apart from SLS, many beauty products contain SLES, which is Sodium Laureth Sulfate, also known as Sodium Lauryl Ether Sulfate; it has similar function as SLS, yet its action is less strong and is more gentle to skin. The researches ran by Cosmetic Ingredient Review (CIR) Expert Panel proved that SLES can be used in leave-in cosmetics even if its concentration reaches 50%. Cosmetics that has to be rinsed might contain SLES no matter of its concentration. When it comes to SLS, this substance is safe for skin providing that its concentration doesn’t exceed 1%.

Safety of SLS and SLES use was proven by the Scientific Committee on Consumer Safety and the European Commission. Neither substance displays cancerogenic action nor are considered as potential allergens. Nevertheless, more and more producers are resigning from including them into their beauty products’ composition and inform their clients about this by placing special information on the packaging. Why is that? The answer is simple – the market needs this. Consumers want SLS-free and SLES-free products thus such cosmetics are given to them. Sadly, few know that a composition of a particular cosmetic contains other substance that works similarly, and this can be SCS – Sodium Coco Sulfate. Although SCS has natural origins, since its extracted from coconut, still it’s a foaming agent – alike SLS – that can irritate skin just like Sodium Lauryl Sulfate does. According to Chemical Abstracts Service, SCS is exactly the same substance as SLS.

Is it worth resigning from SLS?

People whose skin isn’t hypersensitive, atopic or seborrheic, who don’t suffer from scalp ailments or excessive hair loss, and if they rinse cosmetics thoroughly, they don’t have to resign from products containing SLS. In fact, they shouldn’t refrain from applying such beauty products because SLS-free shampoos might not remove sebum and hair sprays residues well. As a result, substances that remain on hair and scalp will overburden strands and make them become not only stiff but also deprived of shine. Moreover, all the residues might lead to clogged skin pores which encourages acne and other skin blemishes appearance.

To sum up, there are no universal solutions. Each one of us has to observe their bodies and does their best to match beauty products to the skin and hair needs.